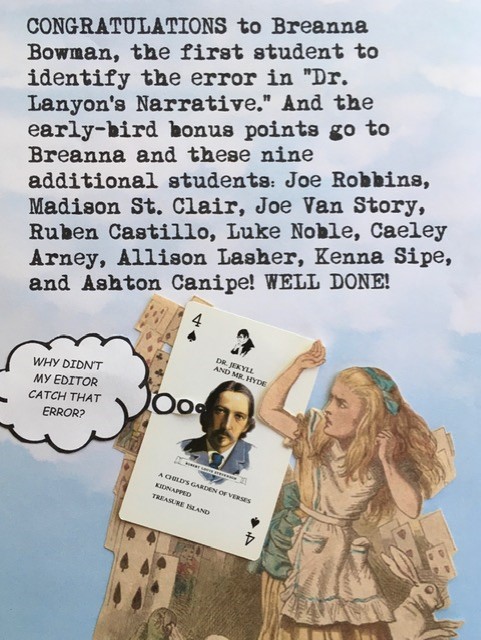 The date of Jekyll’s letter to Lanyon should be January 9, not December 10. Here’s the note on the error in The Norton Anthology of English Literature:

Stevenson’s own error; the first sentence of ‘Dr. Lanyon’s Narrative’ makes it clear that the letter should be dated ‘9th January.’ Literary critic Richard Dury attributes the slip to the following circumstances: Stevenson had originally wanted to publish his story in time for the Christmas market and align Lanyon’s witnessing of Hyde’s transformation with December, a time for mysterious events. Later he forgot to change the detail. (794n1)